Established in 1990, The Hurston’s mission is to provide a place “in the heart of the community” where the public can view the work of artists of African ancestry, who live in the United States or throughout the Diaspora.

The Hurston is named in honor of Historic Eatonville’s most famous resident.

Probably the most significant collector and interpreter of Southern African American culture, Zora Neale Hurston (1891-1960), writer, folklorist, anthropologist, has since the 1970s enjoyed a revival of interest, due in large part to “disciples” such as Alice Walker, the Pulitzer Prize-winning author of The Color Purple, and her biographer, Robert Hemenway (Zora Neale Hurston, A Literary Biography) and Valerie Boyd (Wrapped in Rainbows).

A woman of great intensity and charisma, and single-minded in her pursuit of collecting material on “the Negro farthest down,” she has secured her place among those who have painted the 20th century America’s cultural landscape. 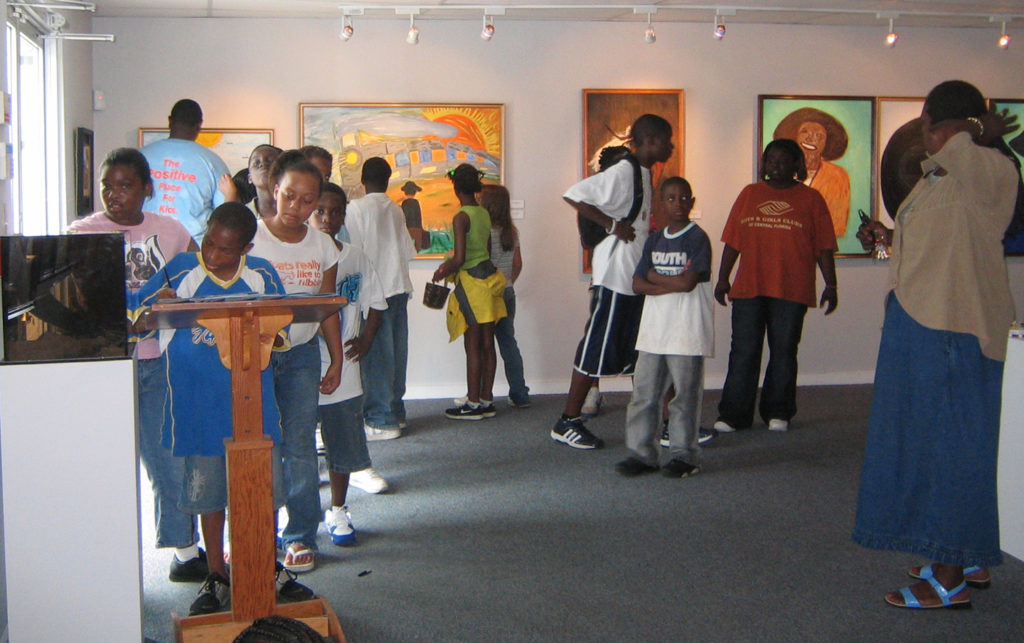 for the Hurston Museum are: